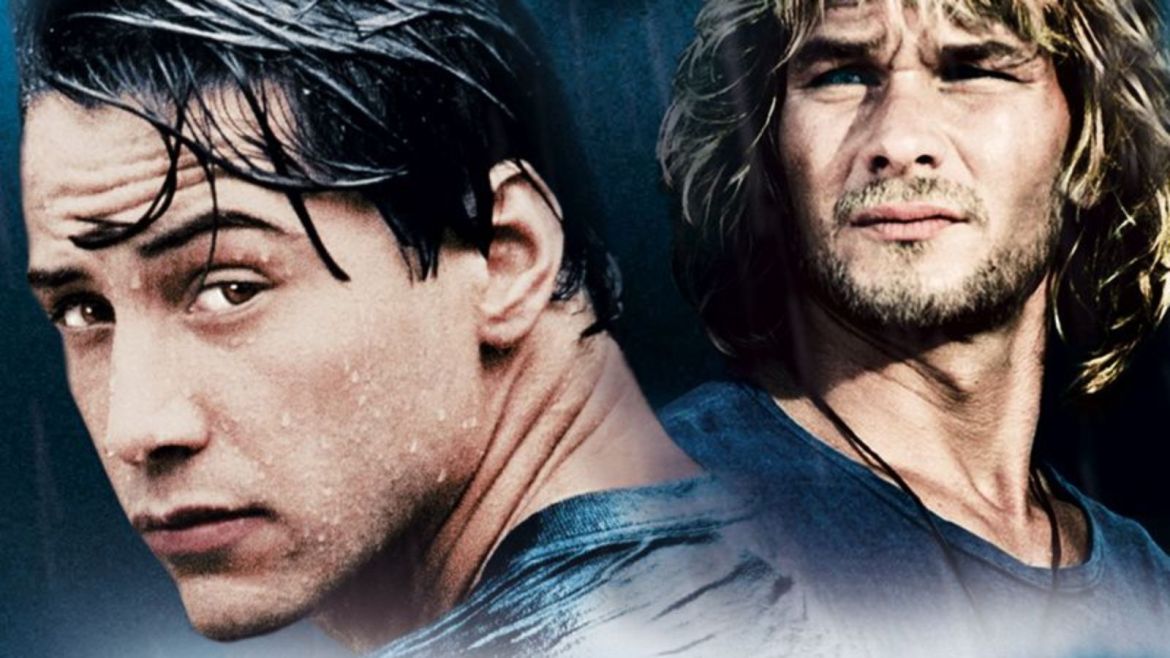 “That’s ahh… that’s a surfboard alright! Looks like a ’57 Chevy I used to have”

I’m a little bit biased when it comes to this movie, it has a special place in my heart. I first saw it with my Dad when I was about 14 and from that point on I dreamt of being a surfing, bank robber with an unruly mullet, like most teenage girls do. Although released in 1991, Point Break has a distinctly 80’s vibe, the music, the script and my God, the hair! Crowd favourite Keanu Reeves plays rookie FBI agent Johnny Utah who teams up with seasoned agent, Angelo Pappas (Gary Busey) to take down bank robbing badasses The Ex-Presidents. Four criminals in Ronald Reagan, Richard Nixon, Lyndon B. Johnson and Jimmy Carter masks hit up a string of banks, emptying the cash registers within 90 seconds before ‘they vanish like a virgin on prom night’.

Whilst investigating The Ex-Presidents, Utah must go under cover to infiltrate a local group of surfers, enter Patrick Swayze and his dodgy haircut as charming surf guru Bodhi. As Johnny Utah begins to earn the surfers’ trust, he becomes increasingly enamoured with their adrenaline fueled lifestyle, conflicting with his role as an FBI agent. Point Break is a fantastic action movie, you’ve got guns, robbery, car chases, surfing, skydiving and even a cameo from Red Hot Chili Peppers’ lead singer Anthony Kiedis. I would recommend you don’t embark on this cinematic journey with expectations of ground-breaking special effects but appreciate it as a product of its time.

I love the cinematography in Point Break, there are some really iconic scenes and I particularly love the sky diving shots and of course the incredible surfing scenes. If you didn’t want to live in California before, you certainly will do after you watch this film. I think my favourite thing about Point Break is the completely unique relationship that forms between Utah and Bodhi, it’s a proper love hate feeling between the hero and the villain. Somehow even though Swayze is supposed to be playing the bad guy, I find myself rooting for him every single time. Johnny Utah’s conflict of character runs parallel to the storyline, choosing between his career wjth the law and his new surfer girlfriend (Lori Petty) and a life of absolute freedom.

I don’t say this lightly but for me, Point Break has a near perfect ending; I’m not about to go and ruin it for you, don’t worry. I suggest you embrace the old school Californian surfer vibe, crack open a cold one and just enjoy it for what it is.

I would give Point Break 8 thrown pitbull’s out of 10.