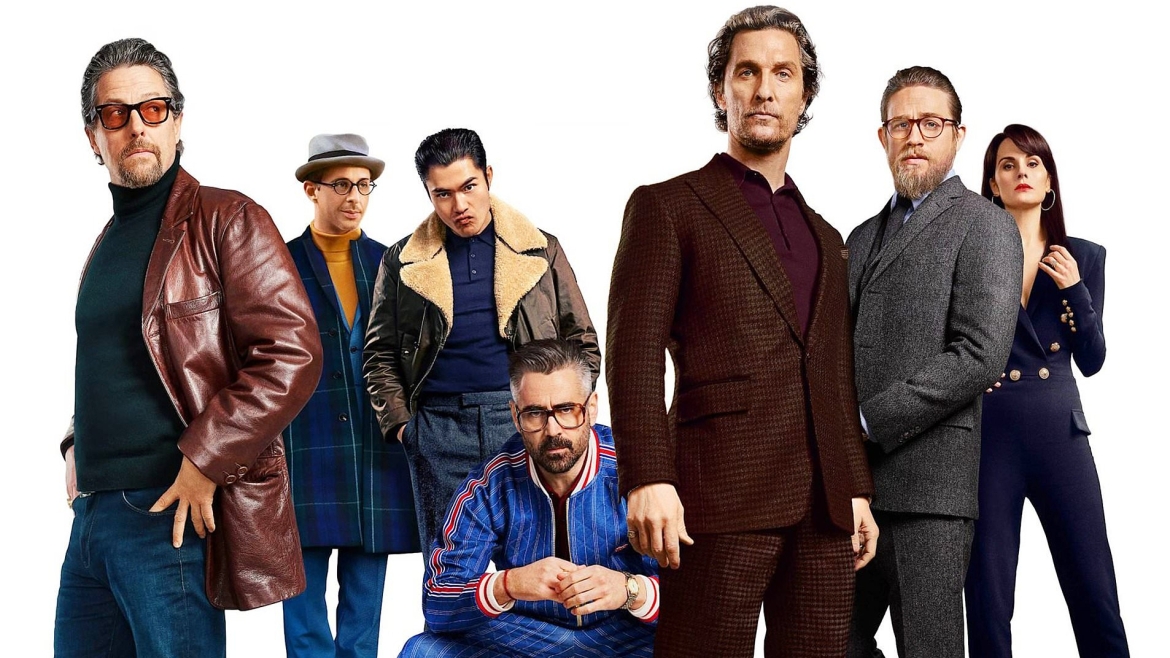 If you like Guy Ritchie films then stick around and if not, f**k off. In typical Ritchie style The Gentlemen is a fast paced, gun filled fiasco littered with swear words and depravity… just how we like it. Matthew McConaughey plays Micky Pearson, a cannabis kingpin locked in a battle with a young gangster by the name of Dry Eye (Henry Golding) and newspaper editor Big Dave (Eddie Marsan). Big Dave’s pal Fletcher (Hugh Grant with a weird accent) narrates the film as he attempts to blackmail Micky via his slippery right hand man Raymond (Charlie Hunnam). Somewhere along the way Colin Farrell appears in a nifty little tracksuit (of course he’s in it, this is a Guy Ritchie movie) and he becomes Ray’s scrappy, Irish associate. It sounds a little complex but with Fletcher’s handy narrative everything is wrapped up nicely in a neat little bow by the time the 2 hours are up.

The first thing I enjoyed about The Gentlemen was the opening credits, they just have style and set the tone for the rest of the film. Ritchie’s attention to detail is clear right from the off. In one particular scene that stood out Fletcher is describing an old school style of filming a movie and the picture changes to match his description which was a really nice touch, especially if you’re a bit of a film geek like myself. Like most Guy Ritchie movies the scene changes are fast paced which complements the slightly slow burning storyline and keep the viewer interested.

The cast are all top drawer actors anyway but I feel they’re allowed to particularly shine in this film. Hugh Grant in particular plays a role you might assume to be out of his comfort zone but he does it brilliantly, right down to the cockney accent which just doesn’t feel quite right coming out of such a generally well spoken man. Matthew McConaughey is suave and likeable and Charlie Hunnam puts in a very cool performance. Colin Farrell just kind of does what he does in every Guy Ritchie movie but he does it faultlessly. There’s a fantastic mix of seriousness and violence alongside a fair dose of comedy and a plot line with more layers than your nans trifle. It certainly is high praise by I know I’m not alone in thinking this might be Ritchie’s best film since Snatch.

I really enjoyed The Gentlemen, it’s Guy Ritche at his best working with a great cast at the top of their games. I highly recommend you watch it, it is top notch quarantine viewing. After such a glowing review you could be forgiven for thinking I’m about to award a perfect score, sadly that is not the case. Without giving away any of the plot twists I will simply say that the ending felt a little bit rushed and that perhaps that particular avenue of the story could have done with some embellishment, but you’ll have to watch it to see what I mean.

I would give The Gentlemen 8.5 smoking paper weights out of 10.