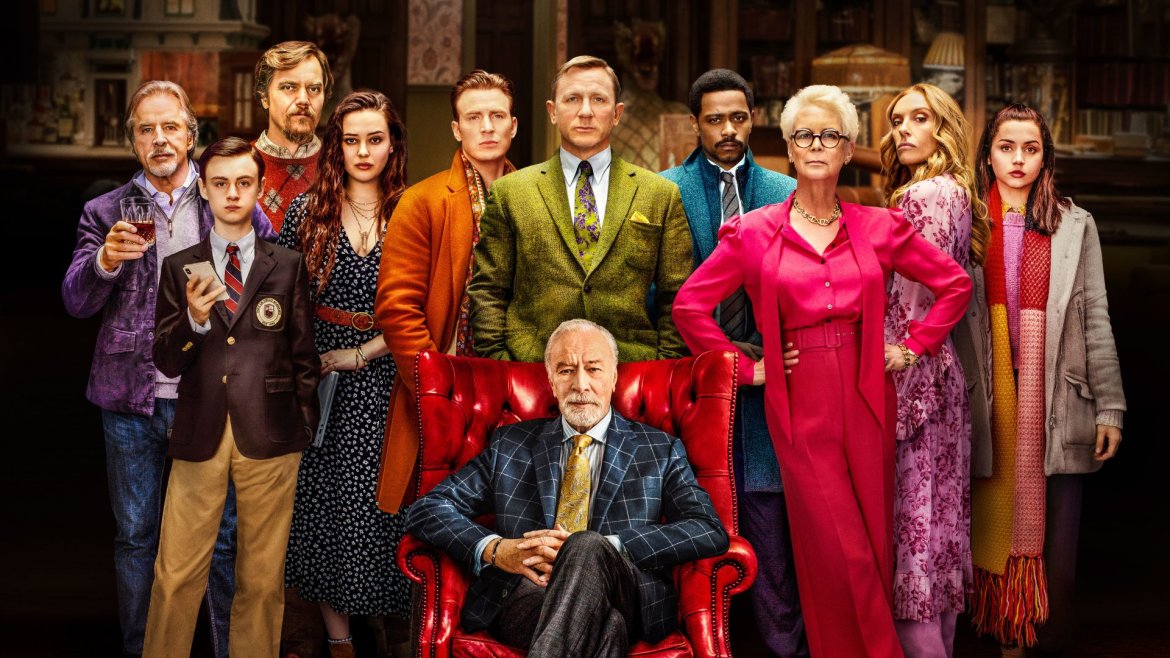 “It’s a weird case from the start. A case with a hole in the center. A doughnut”

Knives out, written and directed by by Rian Johnson, comes a murder mystery with a buffet of the finest actors in the business. This story revolves around the Thromby’s, a wealthy family who have made their fortune in the book publishing business. Harlan Thromby (Christopher Plumber), is the father to everyone. He has built this publishing empire but on the night of his 85th birthday, he is found with a slit throat *GAAAAAAAAAAAAAAAAASP*. Private investigator, Benoit Blanc (Daniel Craig), is hired to investigate the grisly death and find out which of his family is the culprit.

Rian Johnson takes the Agatha Christie formula of rich family murder mystery and adds the modern twist on it. You can tell how rich the family is because their house made me forgot that this was set in modern times, I was thrown off every time I saw an iPhone or when they mentioned KFC. The big house is the main backdrop for the film as P.I Blanc attempts to decipher who is the guilty son of a bitch. Alongside Christopher Plumber, there’s some real big names like Jamie Lee Curtis, Ana De Armas, Chris Evans, Michael Shannon, Lakeith Stanfield and quite a few others. Its filled with some incredible names who all play their parts of equally annoying and greedy family members incredibley well. Not one of the family members seem wasted, each one of them each fit into the story well with all their own characteristics and mannerisms that made the story amazingly enjoyable to watch.

A swift head nod to Rian Johnson for crafting this mystery that sent your mind flitting between different people, going alongside P.I Blanc to work out who done it. Not only was it an engaging story in terms of mystery but it also had some great moments of comedy to ease the tension here and there. I wouldn’t call this film a comedy but it was certainly laced with it. Like a pile of self raising flour (mystery aspect) that has had sprinkles of cocaine (comedy aspect) placed in to make a mound of ingredients to help make a wonderful whodunnit muffin. It’s just a great fun enjoyable mystery that is told fantastically. With all the different roads it takes it all ends up at the same destination.

Overall it’s a mystery, so of course I’m not going to blurt out what happens because that would completely nullify the point. It’s a mystery you seriously need to get yourself lost in because it has more twists than a contortionist.