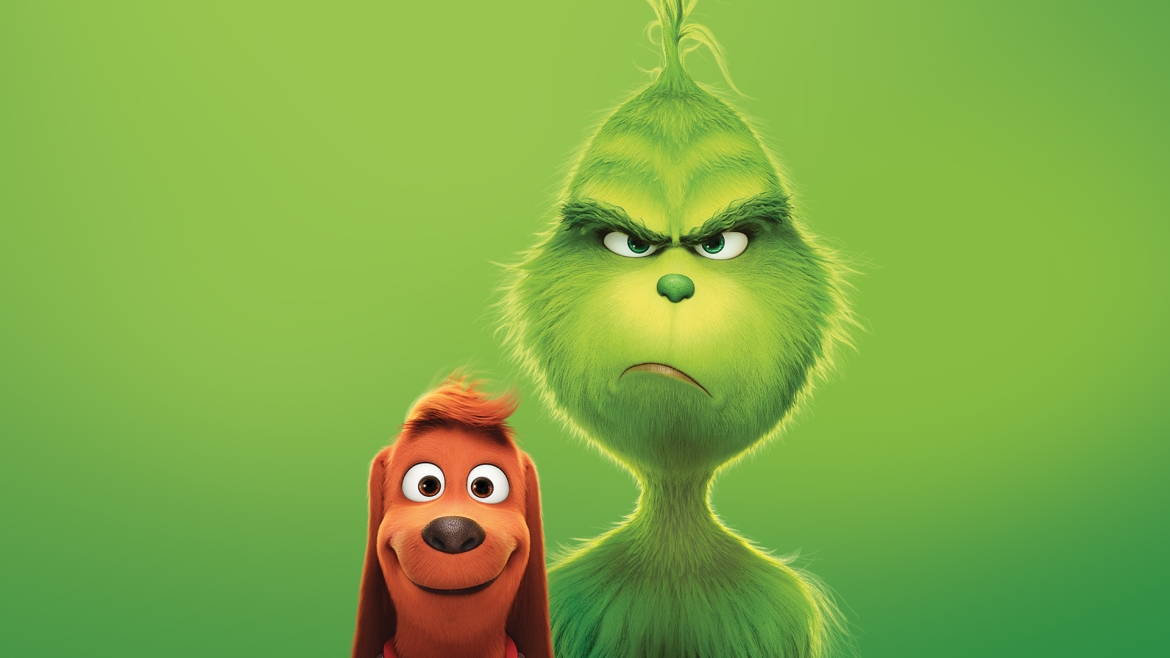 “Dashing through the snow, in a one dog open sleigh, one more house to go and Christmas goes away”

Obviously the OG Grinch is a hard act to follow for the animated comedy starring Bumblefoot Crumplepant, you all know who I mean. I won’t bore you with the story because it’s one we all know and it really hasn’t changed too much from it’s live-action counterpart, save for the addition of a few extra characters. As usual The Grinch is a relatable recluse with his emotional binge eating, coffee addiction, cosy leather Chelsea boots and haunting organ solos- he’s clearly a very talented musician. Crumplepat voices him well and The Grinch and his lovely canine sidekick Max team up with an overweight reindeer by the name of Frank, who has a hairstyle oddly reminiscent of my mother. Kenan Thompson (of our beloved Kenan & Kel) voices Grinchies jolly neighbour Bricklebaum who dyes his hair with ‘chocolate explosion’ and has a gremlin of a dog called Mabel. The cast is rounded off with Rasheda Jones voicing Cindy Lou Who’s mother and Cameron Seely as the tiny, tyrant Cindy herself.

My favourite scene involved some sinister carollers with a West Side Story vibe as they come clicking and snapping out of the shadows to a menacing chorus of ‘God Rest Ye Merry Gentlemen’. As expected, The Grinch does indeed steal Christmas, although for a man who despises the festive season he sure uses a lot of Christmas themed heist supplies. The film has the kooky feeling you expect from Dr Seuss and with The Grinch’s heart growing three sizes by the end, it’s impossible not to have your heart warmed.

The 2018 Grinch remake had a mixed reception because we are all so attached to the original but overall the animation is not a bad film at all. It’s stuffed full of Christmas cheer and is beautifully animated with a cracking score from Danny Elfman. The Grinch is not the same Jim Carrey version that we all adore but that doesn’t mean Bumperdish Cummerbund’s character doesn’t have his own appeal. The only thing I would have liked to see is a bit more new material and not such a carbon copy of the storyline. My heart still belongs to Jim Carrey’s Grinch but this is a pretty good second.

I would give The Grinch 7 candy cane grappling hooks out of 10.

I lost my body