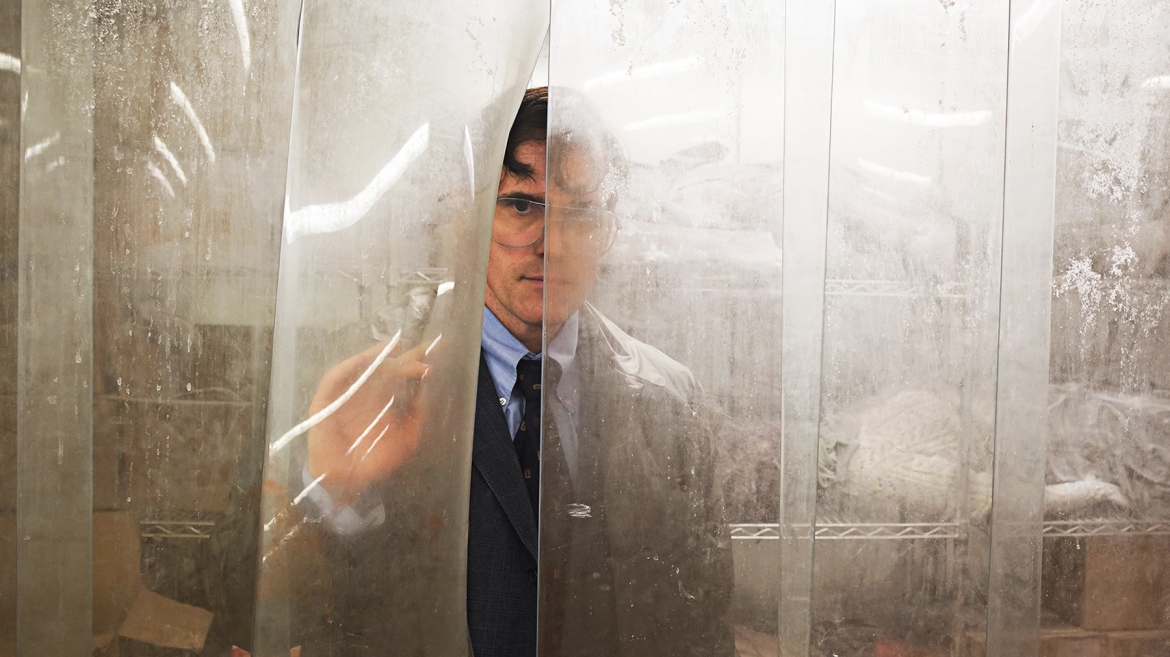 Firstly I have to tell you that this film is not for those of you who are squeamish in any way, if that is you then I suggest you back away from the television screen now.

Matt Dillon plays Jack: architect by day, psychopathic serial killer by night. The film is split into the phases of Jack’s murders which he refers to as his ‘incidents’, rather an understatement if you ask me. Jack is telling the story of his development as a killer through a conversation with Verge (Bruno Ganz); focussing on Jack’s view of ethical concepts and mimicking a confession of sorts. The character of Verge seems to be based on the Roman poet ‘Virgil’ who appears in Dante’s divine comedy as a guide leading Dante through hell. Although this isn’t immediately evident, the film builds artistic references well until a climax that mirrors Dante’s inferno.

What I liked most about this movie is Jack’s character development. In his first incident he very much comes across as timid and reluctant to commit murder; his first victim (Uma Thurman) has to provoke him for some time until he snaps and turns her face into tomato purée with a car jack. His inner struggle with his sinister urges becomes increasingly apparent during the second incident. He is invited into a woman’s home under the pretence of increasing her pension and starts to strangle her in her living room. Partway through he has a change of heart and props her up on some pillows with a glass of water to regain her breath. Just as she starts to recover, Jack panics and stabs her in the heart fulfilling his bloodlust and providing photographic evidence to serve as a reminder of his conquest. In an interesting twist we find out that Jack suffers from obsessive compulsive disorder, kind of unconventional for a serial killer to be a clean freak but each to their own. His OCD almost leads to his undoing by compelling him to go back to the scene of the crime and check for residual blood on the floor but fortunately for Jack he manages to talk his way out of a run-in with the police.

Jack struggles to maintain a normal façade and practices displaying a selection of human emotions in the mirror in an attempt to blend into society. We see a flash back to his childhood in which he cuts the leg off a duckling and watches it struggle to swim without even a hint of emotion playing across his features. Incidents three and four really ramp up the gore as Jack’s kills become increasingly more imaginative and more gruesome. He collects the brutalised corpses of his victims in a walk in freezer and performs a macabre sort of surgery on a young boy to make sure he is frozen in place with a bloody smile stretched across his face. He even retains a trophy from his fourth incident: the severed breast of a woman, fashioned into a coin purse which he brandishes proudly at a local store. I imagine you’re now beginning to see why I included that disclaimer at the beginning…

Like many on-screen psychopaths, Jack embodies narcissism and sends photos of his crimes to a local paper, christening himself ‘Mr Sophistication’. Mr Sophistication almost serves as an alter ego for Jack and he tends to refer to him in the third person. The ‘real’ Jack continues to work as an architect, designing and starting to build his own house. As the film reaches its crescendo, Verge reminds Jack that he has never succeeded in finishing his architectural masterpiece and suggests that perhaps it’s down to a lack of the perfect building materials… frozen human corpses (duh). The Jack we see towards the end of the film is so far removed from the mild man at the start who was so hesitant to fulfil the acts of murder that plagued his thoughts; Matt Dillon physically embodies this change brilliantly.

The character of Verge is a particularly interesting one and his appearance and identity are only revealed in the final scenes. His conversation with Jack provides a commentary to the film and I was unsure if he was potentially a priest listening to confession of Mr Sophistication’s brutal crimes or even a psychiatrist. The pair discuss philosophy, ethics and art in excerpts between Jack’s violent incidents. We learn that art is of great importance to Jack and he views his murders as creative pieces in their own right. Lars von Trier was clearly passionate about artistic influences in this film and cut scenes feature famous paintings and footage of pianist Glenn Gould. Von Trier’s artistic influences in creating the film are mimicked in Jack’s influences for his incidents and Dante’s Inferno is used as a poignant image in the films final scenes. Many films use silence as a powerful tool but Von Trier takes it a step further by using a white noise type sound to transport you into Jack’s frenzied headspace leading up to his incidents.

I’m afraid to say that I found ‘The House That Jack Built’ to be a far from perfect feature. Everything was going so well up until the final twenty minutes where, I have to be honest, it totally lost me. Artistic influence is great and all but there comes a point where ‘art’ becomes self-indulgence and feels disjointed in comparison with the rest of the film. For me, the ending really let the side down and dragged out far longer than necessary. As though someone had taken a perfectly good, creepy slasher movie and just curled a big, stinking turd out all over the ending, kind of leaves a bad taste in your mouth. The other thing that bothered me slightly is that the concept of Jack battling his OCD at the same time as his psychopathy is lost as the film goes on, it feels as though the character and the director just kind of forgot about it.