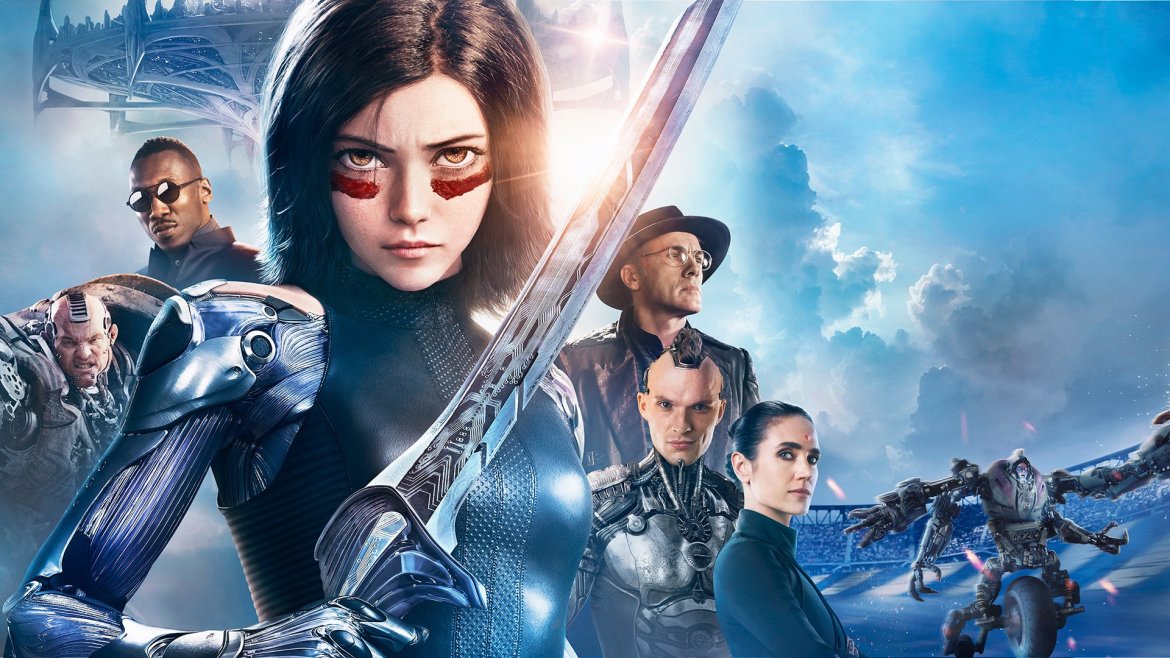 The cyberpunk setting is one I could see myself living in. I love the whole design of run down slums with really high tech cyborgs walking around with half a normal face and the other half looking like unsheathed toaster (bet that’s the first time anyone’s used that sentence). But honestly the contrast of slums and future really gets to me and I would love to be a part of it. Ever since seeing Bladerunner, I feel in love with that style and that style is brought heavily in with Alita: Battle Angel.

Alita (played by Rosa Salazar) is an out of service cyborg that has been left to rot in a scrap yard, only to be discovered by Dr. Dyson Ido ( played by Christoph Waltz). Clearly bored of making vacuum cleaners, Dr Dyson takes Alita from the scrap yard and breathes new life into her by creating her a new body. Alita having no memory of her past, must go on a quest to discover who she once was.

The world in which this cookie cutter story takes place in is stunning. Like I said before, the whole cyberpunk vibe is just amazing to look at, you can really appreciate all the details that went into making that world. In the background of every inner city shot, there will be someone with a robotic arm or something along those lines. Cyborgs walking around and vehicles that have only one wheel. The attention to detail in the world is phenomenal. The film takes place in the year 2563, 300 years after a great war known as ‘The Fall’. Since then the city has been divided into two sections. The slum side where all the scum, ruffians, bounty hunters and general Artful Dodgers hang out. The other section is known as Zalem, This part of the city is suspended in the sky above the slum city and there is no way of getting there (2563 and apparently there’s no such things a planes anymore).

Something I found really great with this film is really having the feeling of being along with Alita and discovering parts of the world together for the first time. Rosa Salazar does her part really well during this film and especially the beginning to which I have to be honest, is my favourite part of the whole film. Just seeing the way the citizens interact with this futuristic dystopian world is great and especially once you get introduced to Motorball which holy mother of titty shaking Christ I wish was a real sport. Motorsport is basically basketball on roller blades where everyone is trying to kill each other. I got heavy spy kids 3 flashbacks whilst watching Motorball. Specifically the part in spy kids where they have the race on the hover bikes and pumped up unicycles (if you have no idea what I’m talking about then shame on you). I had this nostalgia trip and then realised that they were both directed by Robert Rodriguez so it made a lot of sense.

I wish there was more Motorball in the film, there were only a couple of scenes with It in and they were by far the best scenes and I would love for it to actually become a sport. Actually I wish the whole film revolved around Motorball because I feel it would’ve been a lot more interesting. Not to diss the story as it is but it was a very typical Hollywood, cookie cutter film.

The screenplay itself was alright and felt natural but there was nothing overly standoutish about it. The story line in general was just that really, it was general. It did the job and I was captivated the whole way through but nothing outside of the CGI blew my mind. Not even the score stuck with me, thinking about it I don’t remember if there even was any music, there definitely was but I just don’t remember it. All my negatives towards the film are minor ones as I still did enjoy the story, even if it was generic I still found myself getting really invested in what happened to the characters and I’m really rooting for them to make a second one.

Overall this film may have a standard template but the visuals and action in there really step it up a mark. The setting and world that this story takes place in makes the experience definitely worth while. The analogy that I have in my head right now is, imagine someone wrote a story on Microsoft word. It’s a story everyone knows by heart and has read before but this time they have used a really nice font and used wordart for the header to make It looks really pretty. If that analogy doesn’t work then just imagine it’s a cross between Bladerunner and spy kids 3.

7 Go-Go Gadget Extendo Fingers out of 10