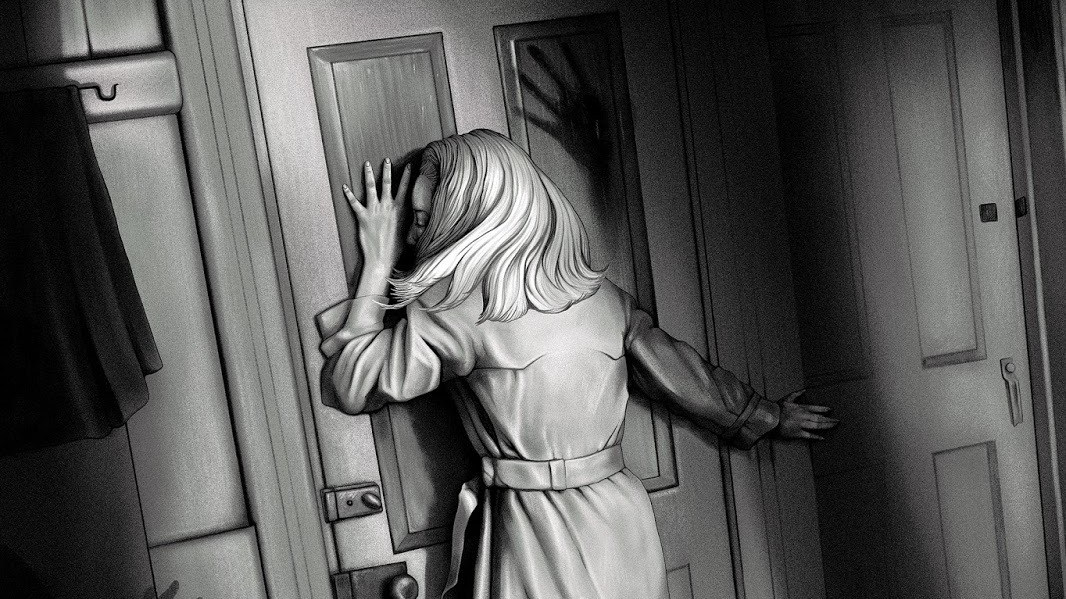 “They’re coming to get you, Barbara”

So this is the film that’s started it all. If it wasnt for this film we probably wouldnt have zombies like they are today, we wouldn’t have Shaun of the dead, we wouldnt have the last of us, we wouldnt have those green cartoon zombies you get on paper party plates at Halloween. The night of the living day created the zombies we know and love today and you can understand why it’s been such an inspiration to this day.

Night of the Living Dead is a simple yet well executed story by the now father of zombies himself, George A Romero. A group of survivors find themselves trapped inside an abandoned farmhouse as they must fight to survive a hoard of the undead as a virus spreads fast across the ole U S of A.

The film starts with a brother and sister named Johnny and Barbara, arriving at a cemetery to deliver a bunch of flowers to their fathers gravestone. The sister (played by Judith O’Dea (which sounds like a knockoff swedish furniture store)) confesses her fear to being in the cemetery. Her Brother (played by Johnny Streiner) teases her about people coming to get her. At this point they are then not so violently attacked by a zomble (I’ve seen the word zombie too much recently so I’m mixing it up and calling then zombles). Barbara and Johnny get split up to which she finds herself at this empty, run down farmhouse. For a while she is alone until she is joined by Ben (Duane Jones) who has been run off the road by these zombies of the night. The two must survive the night with nothing but some planks of wood and the most stereotypical 1960’s radio you’ve ever heard.

Like mentioned before, George A Romero is the father of zombies. Before him a zombie was just a reanimated corpse that just kind of stood there, I dont know. Maybe people used them as a coat hanger or something. He had the idea of zombles coming back but encorparating the idea that they are evil and the nibble of human flesh. And thus the modern day zomble was born, now we have the lovable zomble that kids dress up as on Halloween and pretend to eat their friends. Maybe some cases they take it too far and they do eat their friends, that’s not Georges fault, he only invented the damn things. Now he has 6 zombie films under his belt, 3 that he should be proud of and 3 that…. well yeah he made six in total.

The zombles in the might of the living dead are slow but intelligent, it was actsully quite nice to see zombles using tools to help their way to their next meal compared to modern zombie films where they are thick as shit and walk into walls. The zombles looked like typical zombles and attacked the same. Now this film is an independent film from 1968 and had a budget of next to nothing for a film. I will say my criticisms now, I’ll get them out the way. There are moments in this movie where it was very obvious it was a low budget title. Cameras where out of focus and just some of the camera movements were very A-level media product. My other gripe with the film is that it doesn’t have much weight to it. What I mean by that is that I guess I’m so desensitized to the way modern zomble and general modern horror films are done nowadays that night of the living dead felt a bit soft. Example of what I mean is when a character would hit a zomble, theres no power behind it. It’s like when a cat would tentatively pat at a wasp. These are my only two negatives, just getting them out now.

In terms of everything else in this film, you can certainly see why it inspired so many directors going on. The story itself is paced perfectly and supported by a group of actors who all act their roles perfectly. The story builds up slowly but weirdly didnt go slowly, the end of the film crept up on me but in a good way. I’m trying to get out what I mean without seeming confusing but basically what I’m saying is that the film didnt drag, there, you happy. It all built to a hectic conclusion that had me tensing my fist in fear with what was going to happen next and I loved every second on it. The pacing of the zombles and the fear induced woudlnt of been the same if it wasnt backed up by an incredible score. I mentioned before that this was a low budget title but George mustve put most of it into the music. It was harsh violins pretty much start from the start and continued everytime a zomble tried their luck and its music thats effective and will stick with me.

Watching this film made me totally get on board with why this is such a beloved piece of art by most horror directors and it is an inspiration for many others seeing just a small time film, essentially change the course of history in terms of cinema and halloween.

Overally I feel my criticisms are many due to the age of the film and the limited budget but what they managed to achieve is astounding. Having such a tightly packed story, fit into such a deceptively simple story is what I feel makes it such a beloved film today. Also I have to mention that seeing the zombles in this film eat human was pretty gross. I thought I’d be used to it with modern zomble films but in this is was all gooey and wobbly and just…. *Shudders*

8 Intestine Noodles out of 10