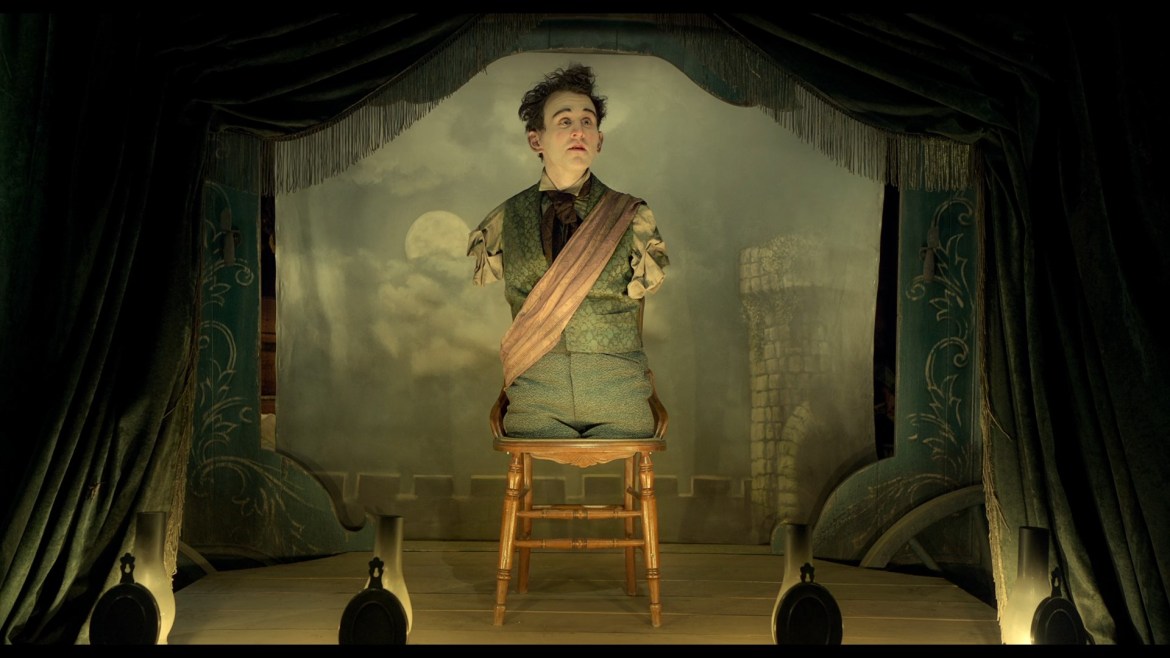 ‘The Ballad of Buster Scruggs’ is written, directed and produced by the great Coen brothers and features an all star cast, so to say I had high expectations is probably an understatement. The film is a six part anthology about whacky western tales and is probably best explained by discussing each chapter individually.

The Ballad of Buster Scruggs:

Tim Blake Nelson plays the films charismatic, sharp-shooting namesake. The film shows off signature Coen cinematography with an unconventional camera angle from within Buster’s guitar. The story is narrated by musical cowboy Buster Scruggs and he routinely breaks the fourth wall to address the viewer directly. I half expected to see Yosemite Sam drinking in the saloon as there’s a definite Looney Tunes vibe in the way this particular chapter is shot (looney tunes is always a win!!). Sadly for Mr Scruggs ‘you can’t be top dog forever’ and he meets his end at the hands of a younger, shinier version of his own character.

The second chapter in the anthology follows a cowboy who looks remarkably like James Franco as he attempts to avoid the hangman’s noose. Unfortunately for Franco, he didn’t anticipate being met by a crazed bank teller wearing makeshift armour composed largely of pots and pans. Their altercation results in he cowboy being strung up on equestrian based gallows before he is freed, well kind of, by a passing cattle drover. This freedom doesn’t last long as Franco is almost instantly captured and charged as a cattle rustler, landing him right back in the hangman’s noose. The condemned cowboy looks out at a pretty young woman in the crowd before the hangman pulls the trapdoor and his chapter reaches its end.

I have to admit, I wasn’t expecting this film to feature a haggard Liam Neeson and his disabled, performing sidekick played by Harry Melling- who most of you will recognise as Harry Potter’s abrasive cousin Dudley Dursley. Business has taken a downward turn for the duo as the limbless Shakespeare’s performance begins losing customers to the pecking Pythagorean (a chicken with a penchant for mathematics). Unfortunately for young Dudley Dursley, Neeson decides to trade up and purchases the more popular chicken. As this unlikely group travel to a new town we see Neeson stop by a bridge overlooking a river and throwing in a stone to test the water’s depth. The film then cuts to the entrepreneur back on the road with just the chicken in his wagon… I’ll leave you to fill in the rest!

The movie has a marked change of atmosphere in this chapter; set in the green countryside along a meandering river, an old prospector (Tom Waits) begins a laborious search for a vein of gold running through the landscape. Over the course of several days camping by the river with his trusty donkey he narrows down the perfect spot to start digging- ‘Mr Pocket’ as he calls it. Now, by this point in the movie I was pretty convinced that our jolly prospector was going to die at the end of this chapter and sure enough as soon as the gold is found a sinister young man appears to shoot him in the back. All is not what it seems however, as the prospector manages to wrestle the gun from the young man and shoots him dead, leaving him in the pit he has dug and making off with his donkey and a tasty sack of gold- you go Glen Coco.

The Gal Who Got Rattled:

Siblings Alice and Gilbert Longabaugh (Zoe Kazan and Jefferson Mays) are travelling to Oregon where Alice is due to be married  to one of her brother’s associates. Enter my favourite character of the film by far, President Pierce- Gilbert’s yappy Jack Russell terrier whose constant barking has been infuriating other members of the convoy. Just a few days into the journey Gilbert selfishly goes and dies of cholera, leaving Alice penniless and left to make her way to Oregon all alone. She meets Mr Billy Knapp (Bill Heck) on the journey and he eventually asks her to marry him and the pair plan to settle down together in Oregon. The next day Alice and the wagon train leader, Mr Arthur (Grainger Hines), are separated from the procession and are ambushed by a group of Indians on horseback. Believing Mr Arthur has been murdered at the hands of the Indians, Alice shoots herself in the head with a pistol to evade capture. The chapter concludes with a stoic Mr Arthur walking back to join the wagon train with, my favourite, President Pierce and an unaware Mr Knapp riding up to meet him.

The sixth and final chapter in ‘The Ballad of Buster Scruggs’ occurs almost exclusively inside a rather cramped stagecoach. It seemed like the set up for a really bad joke: an Englishman, Irishman, Frenchman, a fur trapper and a lady all walk into a bar… In reality, the five discuss human nature and ‘moral and spiritual hygiene’ whilst transporting a corpse atop the roof of the coach. Thigpen the Englishman (Jonjo O’Neill)  and Clarence the Irishman (Brendan Gleeson) talk at some length about making a living as bounty hunters, hence the rooftop stowaway. As darkness falls, the stagecoach arrives at a sinister looking hotel and drops all five passengers off without a word and we watch them enter the foreboding, gothic building just in time for the credits to roll.

By no means is this a bad film but I did feel like it was lacking a certain something. I think, perhaps the delivery would have been more successful had the film been delivered as six individual short stories in a series as opposed to squashing them together into one of the worlds longest films ever made. More room for character development wouldn’t be a bad thing. The overarching theme of the stories seemed to focus on death and from the outset it was evident that we’d be losing key characters throughout. Due to the structure of the film the chapters felt increasingly predictable; combined with the length of the movie, in places it felt, (Coen brothers’ forgive me) boring? There are definitely some fantastic scenes that embody the Coen’s knack for combining gory violence with side splitting belly laughs but I’m a stickler for the details. The film started out strong and hit the ground running but just kind of fizzled out.